I can honest to God say I’m friends with a mermaid, a doll, a cartoonist, banjo aficionado, a witch and a ghost. And her name is Dame Darcy. Yes, you read that right.

We first met just a few years ago at an event she was connected. Nothing ordinary of course. It was photographic exhibit called The Legendary Children and was devoted to transexual themes. She was very doting on me and I remember her saying kind of drunkily, “You’re adorable.” And that was it. Dame Darcy was my new spirit crush. Artists tend to do this. We adopt people who we see as kindred and in Savannah you really appreciate the value of that. 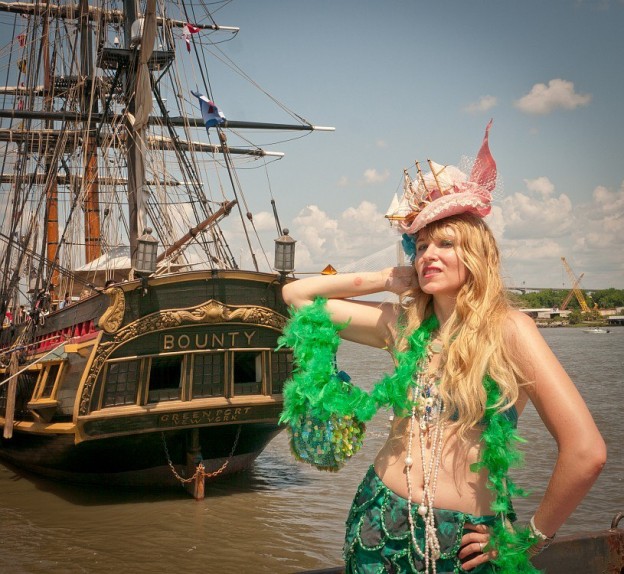 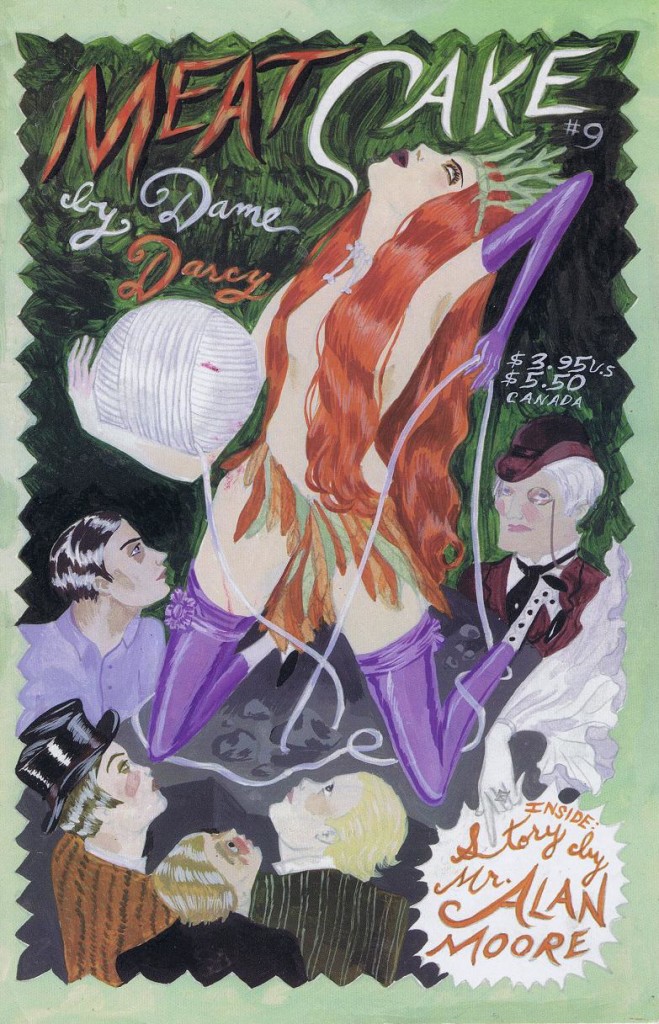 As an artist of sorts myself, I envy people like Dame Darcy because they’re very driven to do what they do and they’re always doing it. Now and again you meet these sort of savants who simply eat and breath their craft. If Darcy isn’t illustrating her own works, she’s illustrating someone else’s. If she’s not writing a novel and illustrating it, she’s writing something for someone else’s work. If she’s not doing any of that, she’d playing banjo and singing or making dolls or painting tarot card sets to sell in her Etsy store. Or she’s writing, casting, starring and pitching a treatment for a movie or TV show about mermaids and pirates. And then in her spare time like some people might drive for UBER or Lyft, she’s playing a ghost for the incredibly popular group-think-tank-game called “Escape Savannah” that’s like a CLUE game with a haunted twist. Dame Darcy moves at the speed of light and is almost her own artistic elemental. But at heart she’s kind of like a little girl who refuses to “grow up” by continually piping the adult world through her child like sense of the universe and then giving back to the adult world through her art, her child like sense of the universe. Its a gift for the world and she has a lot to say and amuse with via her many talents.

Which is why it was such a special thing to “capture” her before she headed out on a promotional tour. We sat down in my makeshift studio in my kitchen to talk about growing up in Idaho town with a population of 15 and how her family emigrated there as they were the family of John Wilkes Booth. We delve into some of her mental processes around her art, where some of it stems from in terms of influence and style and along the conversational path hit on a wide range of other subjects regarding working with sensations Neil Gaiman (Sandman Chronicles) and the legend Alan Moore (Watchmen) and a laundry list of other artists and performers like Tiny Tim. The interview ends on an interesting leg as I address a controversy that whipped Dame Darcy’s name through the media last year in that she legitimately had in her possession some of Kurt Cobain’s hair and nearly sold it for a significant sum of money before the auction was pulled because of Courtney Love’s protest. The story has an interesting finish and I invite you to sit for awhile and listen. I can assure you that no one in this world will ever accuse Dame Darcy for being dull and I am always eager to see what she’s making next!

Here’s another sample of my art direction talents. I took a myriad of my antique Masonic ritual objects, such as a ceremonial casket from 1857, a paper mache Goliath mask, along with an executioner’s robe of the 19th century, and put a video together promoting 6thSenseWorld, a Savannah ghost & cemetery tour company that I founded in 1995. Originally this was designed to be the intro of a TV show, but for now, is being utilized as a company promotion. Camera, Music & Editing by Matt Duplessie.