“Are ya a book guy Shannon, are you a book guy?
– Novelist Pat Conroy

“I will teach you how to really LOOK at Savannah, well beyond the average tourist.
In fact, I will show you a city that you never imagined possible!”
– Shannon Scott

NOTE: If you’re looking for PRIVATE Bonaventure or other cemetery tours with Shannon, please go to the PRIVATE TOURS tab on the main page HERE. A purchase of a PRIVATE Daytime or After Hours Bonaventure Price applies to any cemetery you wish to tour with him.

So, you’ve done the conventional tours. Or, maybe you know nothing at all. And what you really want is an ultra-exclusive, out-of-the-box, uncensored, off-the-beaten-path and high-brow-everything-there-is-to-know-about-Savannah kind of tour? Welcome to your fantasy turned reality! Or, do you have your own tour fantasy? Tell me about it and I’ll make it happen!

Private City, Private Ghost or Low Country Area Tours are custom-tailored to your interests, or you can just dive in, sit back, and let me do all of the talking. Due to their scope, they must go by vehicle and are “IN & OUT” type tours, ideal for up to six people or however many you’re carrying in your vehicle(s) Generally, I pick you up in my vehicle at your vacation rental or hotel, and we go from there. Feel free to inquire further about transport specifics. After you decide which time format fits your adventure, you then buy the HALF DAY TOUR  or FULL DAY TOUR, and then tell me which tour type you care to do. Questions: shannon@shannonscott.com

The Private City Tour SCROLL DOWN to bullet point subject list below and let your imagination run! I pick you up, and off we GO!

The Private Ghost Tour with myself is the most sophisticated and entertaining paranormal ghost tour on the planet. If you ever find a superior one, I want to know about it. It’s also much more than a ghost tour. It involves esoteric knowledge, cultural rituals, secret societies, occult relationships and crime, along with other psychical events. I was the Georgia Sectional Director for The American Institute of Parapsychology for a year and recipient of the America’s Most Haunted City Award in 2002, which gave Savannah international recognition. My TV appearances & consultant work are fairly well known. I’ve documented these subjects in Savannah, as a Historian and Journalist and the tour is a blend of that knowledge, along with personal experiences. It’s VERY horse’s mouth. All Times Are Negotiable and can be done by day. Evening tours preferably should start no later than 9PM
Questions: shannon@shannonscott.com

The Ultimate Low Country Tour encompasses both parts of Savannah & South Carolina (Beaufort area), as they’re close to one another, and they include some breathtaking out-of-the-way stops. That tour has a particular focus on Gullah-Geechee and haunted history, and it can include the graves of The South’s most famous root doctors. You’ll see multiple historic sites, cemeteries, naturalist sites, historic ruins, and it can incorporate The Tree Graveyard on Hunting Island. When possible we’ll attempt to dine on Gullah-Geechee cuisine! ($950.00) Start times are negotiable but early morning is best generally speaking.
Questions: shannon@shannonscott.com

HALF DAY (3 to 4 Hours) and FULL DAY (5 to 7 Hours) If you need a shorter tour? I can customize it but recommend following my time templates. It is not uncommon for me to talk and keep tours engaging for hours at a time. I will exhaust you in the best way possible. NOTE: If you desire to visit independent historic sites together, your party is responsible for entry fees where applicable. I can give full tours of Wormsloe Plantation, Fort Pulaski, Tybee Lighthouse and others. Just ask!

Listed below are my areas of depth and focus. Before these kinds of subjects had common tours devoted to them, I was pioneering these subjects and their story craft on a daily level in Savannah because I was made passionate by this place. I will teach you how to really LOOK at Savannah, well beyond the average tourist. In fact, I will show you a city that you never imagined possible! This is a VERY well -versed, local experience, and the Q&A opportunities? Worth the price of admission. 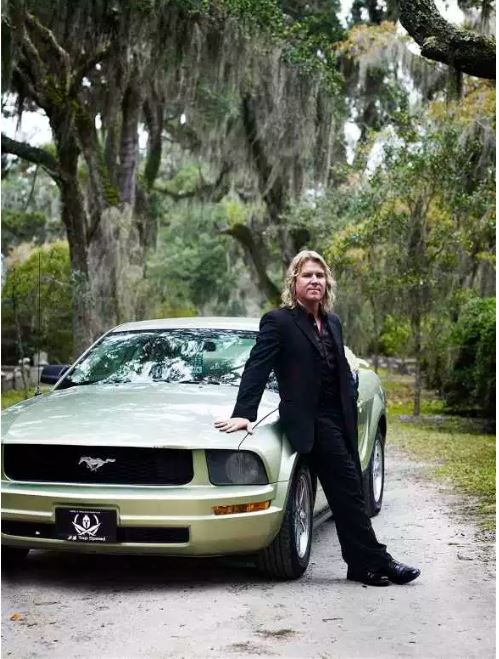 Shannon Scott has soaked up Savannah and The Low Country at every level for over 30 years. Arriving as a Fine Arts student of The Savannah College of Art & Design (SCAD), he became a regular at The Georgia Historical Society and as a conversationalist, earning the graces of many locals from the richest to the poorest and absorbing their stories and those of their friends and family often. During these nurturing hours, Shannon acquired his first tour guide license at age 19 and drove carriages, buses, trolleys and worked as a step-on guide for major tour bus companies. As it was somewhat impossible to live solely as a tour guide, Shannon became a cook and caterer, refining his talents in many a restaurant and private club. 1995 was a pivotal year. Shannon created all of the walking tours for a local company and became the city’s most sought after ghost tour Storyteller. It was also during this time that Shannon began to do voice-over commercial work, further honing his skill set. After leaving SCAD, he opened a publishing company, Jones Street Productions, and published refined maps for higher-end travelers and specialized map guides, devoted to antiques, art galleries and his most popular: The Foodies Guide. Always looking to the future for himself and Savannah, it would be Hollywood that took a keen interest in this area expert. Shannon found himself working as a regular researcher, associate producer and location scout for films, particularly TV shows dealing with hauntings, some of which involved on-camera participation. Most notably, these included “Scariest Places On Earth,” and “Ghosthunters.” In 2002, Shannon opened up his own ghost tour company and self-financed, produced and starred in his own documentary film, “America’s Most Haunted City,” based on his own experiences and those of friends and neighbors in Savannah. In 2010, Shannon sold his tour company and opened up Shannon Scott Tours & Events, placing major emphasis on cemeteries and unique cultural events related to them. Future plans include tours and other events in other Southern cities with cemeteries that need a greater spotlight.