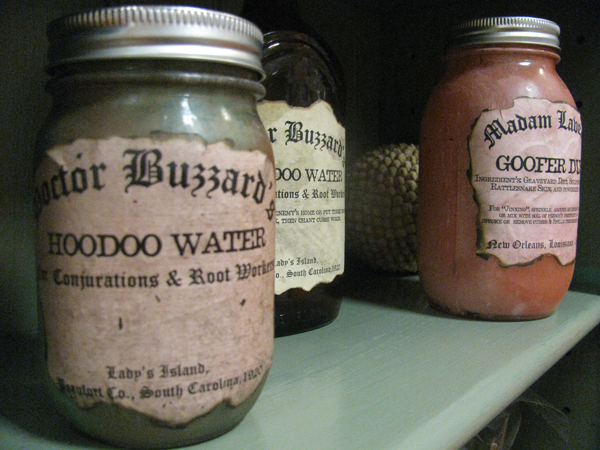 Some people who have my personal email know that I go by the handle, Dr. Buzzard. Although I ease people minds when I tell them I’m merely a conjurer of story magic and not dark magic. Dr. Buzzard was the most historically famous Root Doctor in The Low Country South until the novel, Midnight In The Garden of Good and Evil came along and made Lady Minerva, an aquaintance of Dr. Buzzard, more internationally known. Even if they were really operating on two opposite ends of the 20th Century more or less so they each have their own distinctions. And strangely were described as being married in the novel itself even if that was just fiction. Minerva was married to Buzzard’s rival is my understanding, either called Dr. Eagle or Dr Hawk. They always have great names like that. In my lifetime I’ve met Dr. Gregory, Dr. Frog and Mama Tilda who was 102 when we met and was the dream interpreter of the people on St Helena’s Island, SC. I also have in my personal collection some very important root doctor artifacts from very important famlies of that trade, and my prized possession is one cobalt blue pair of Dr. Buzzard’s spectacles given to me by a man who knew his family and purchased some of his belongings. As I tell people, if my house was on fire and I could run out with one thing, it would be Dr. Buzzard’s pimp’n looking specs! The article by my friend Beverly Willett was originally slated to have photos of a ritual I discovered in Bonaventure and dismantled after a year right before the city workers trashed it. I knew I had to preserve it to teach others about their culture. In the end, the photoshoot where mosquitoes ate at me for awhile was a bust, but was glad the article turned out so colorful and yeah, I got a little nod . One day I’ll share more of my own adventures with root doctors and consider the inclusion good juju for my directional mojo!